The San Gabriel Valley Sasquatch Dog Society prides itself on appreciating the stupendous and unique features of its breed.

The San Gabriel Valley Sasquatch Dog is an endangered breed.  Rare dog breed enthusiast, Elizabeth Anderson came across one of the only known left in existence one evening while hiking in the San Gabriel Valley mountains.  Their hiking troop looked up to witness a falling star as it descended upon the high tree top above them, as it abruptly crashed into a large nest, and out fell Julie Nestor, the last of her kind, into the arms of Elizabeth.

General Appearance:
The SGV Sasquatch Dog is a small to medium build, semi-sturdy, long and floofy dog whose merry temperment and bewildered attitude is evidenced by her happy and clueless jaunt.  Her eyes are startling and of a light color.  This dog has total lack of balance and unsound movement.  Any deviation from the ideal described in the standard should be penalized to the extent of the deviation. Structural faults are extremely common in this breed.
Coat: The texture of the SGV Sasquatch Dog coat is of utmost importance. The undercoat is both stringy and dense, the outer coat of a coarser and curlier texture. The combination of the two gives a soft yet wirey feel to the touch which is similar to an old shag carpet and when patted, the entire dog springs back at you.  When bathed and brushed, the coat goes every which way, creating an overall kooky appearance. A kept and neat coat is not desirable. A well-brushed coat, along with any notion of a coiffed appearance are very serious faults.
Trimming: The coat is trimmed to reveal the natural outline of the body. It is clipped in any direction and never cut to make it look aesthetically pleasing. The furnishings of the head, beard, moustache, ears and tail tend to be left longer.  The topline is trimmed to appear level, yet irregular all at once. The coat is long enough or short enough to maintain zero consistency which is characteristic of the breed.
Color: Color is a combination of various tones of brown, and may have shadings of buff around random parts of the body. Any color in excess of 10% the entire coat of a mature specimen is a fault and should be penalized, but color of the accepted shadings should not be faulted in puppies.
Gait: Movement at a trot is free, erratic and effortless. When moving, the head and neck remain somewhat cocked and as speed increases there is a very real concern for anything in its path. Moving away, the hindquarters travel with moderate width between them and the rear feathering should maneuver from side to side with an uncomplicated flow.  Coming and going, her movement is imprecise and unstable.
Temperament: Gentle mannered, comical, goofy and affectionate. A cheerful attitude is the hallmark of the breed and one should settle for nothing less. 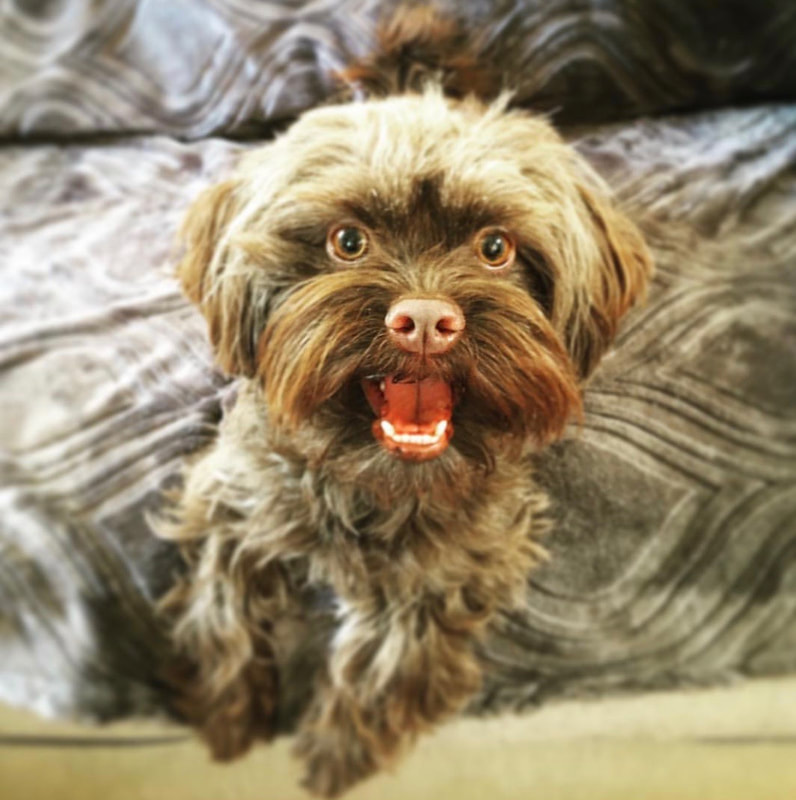 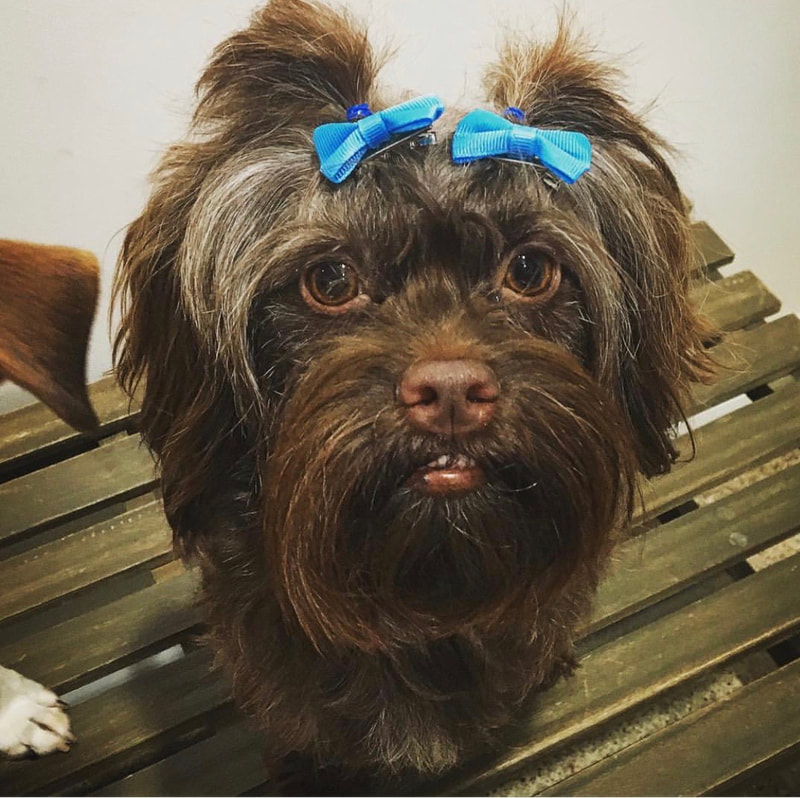 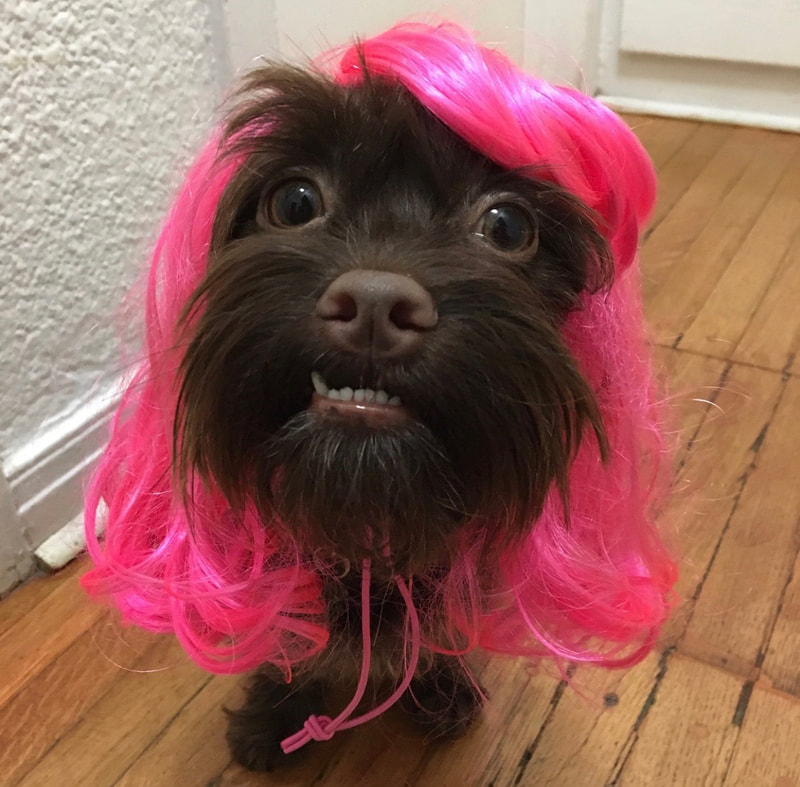 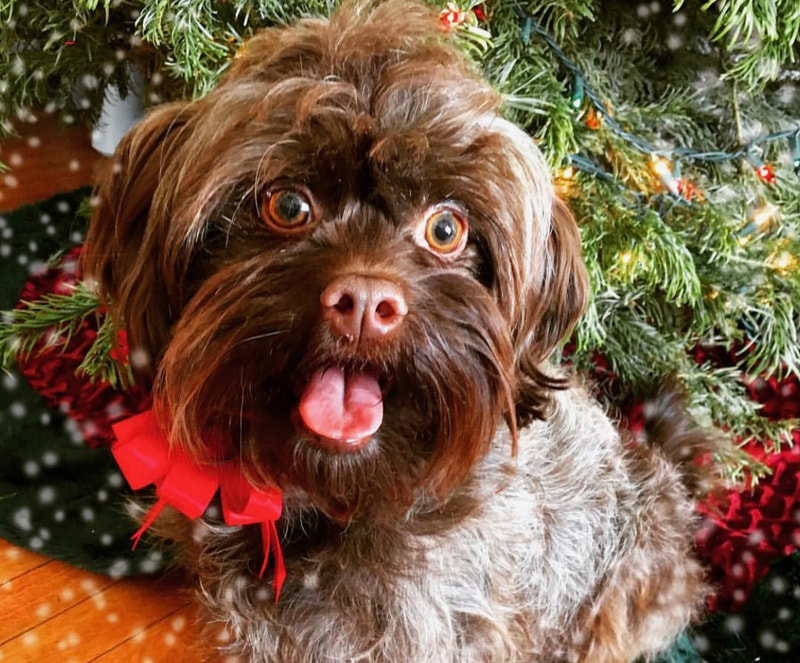 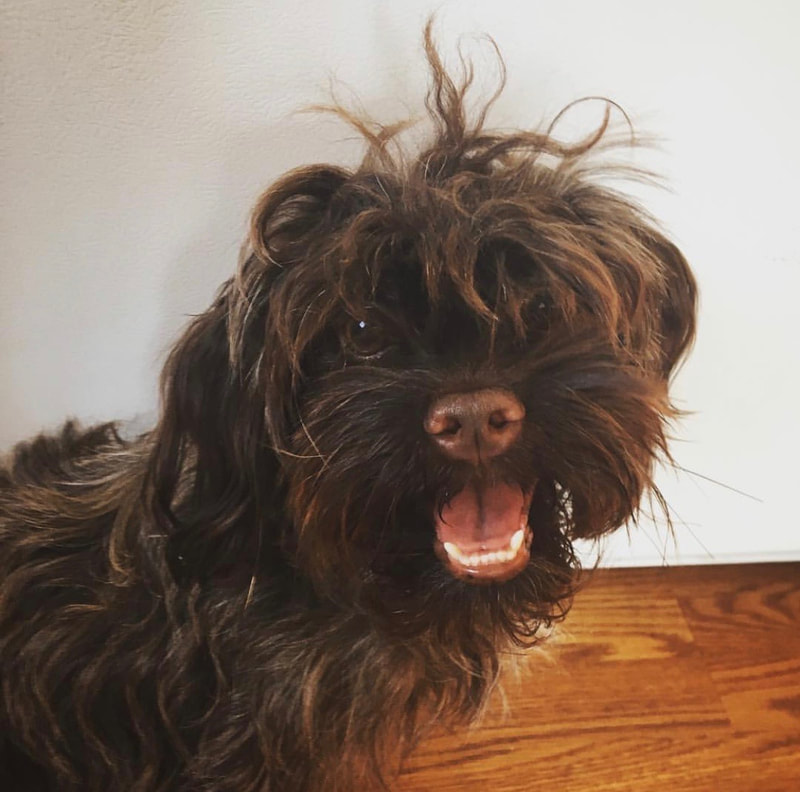 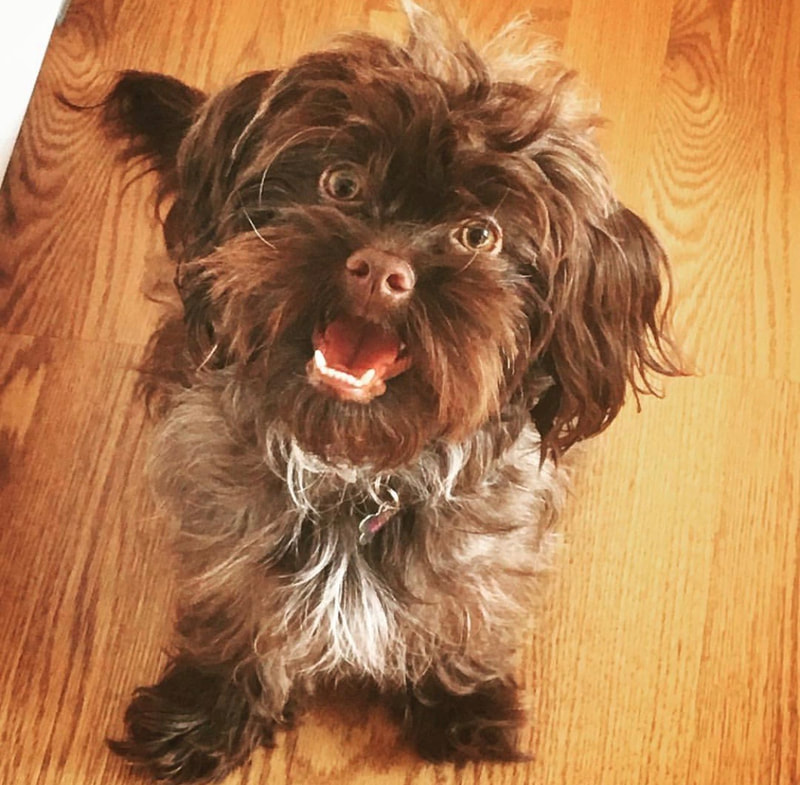 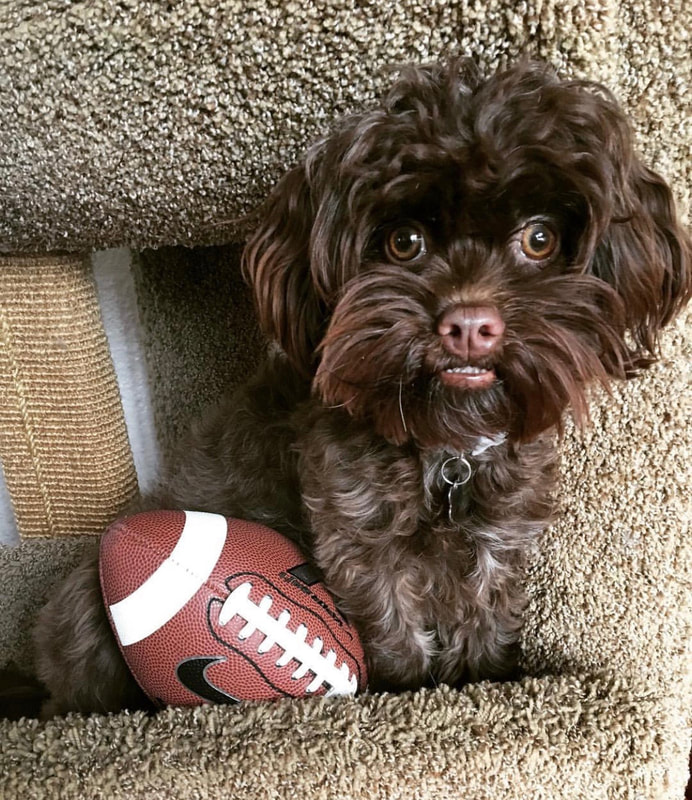 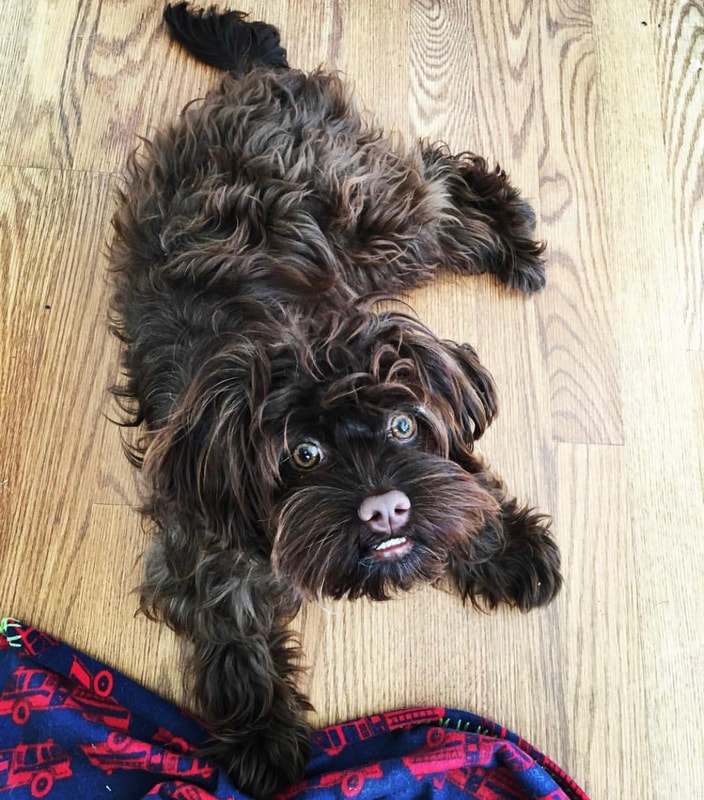 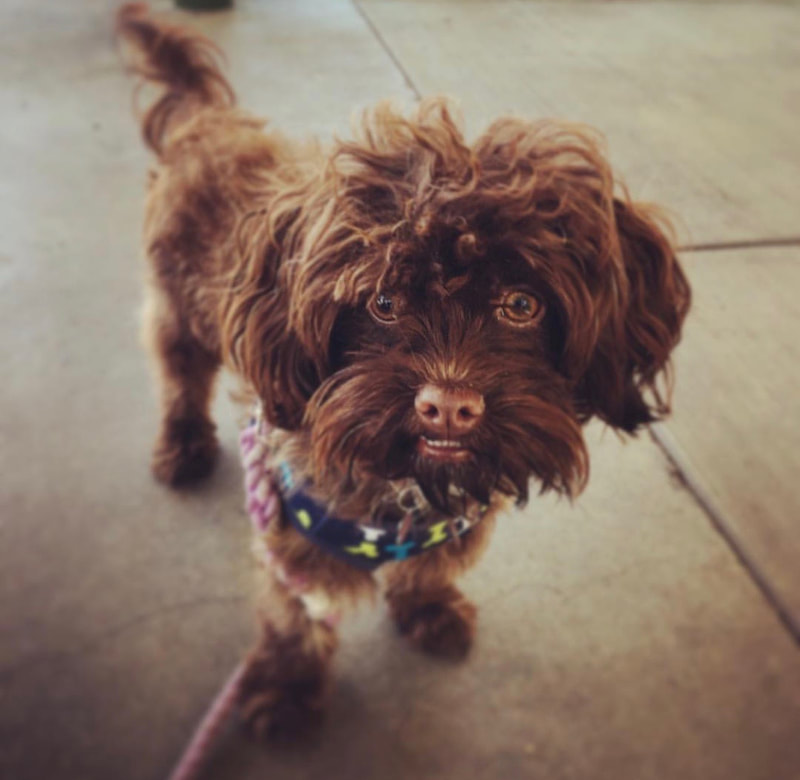